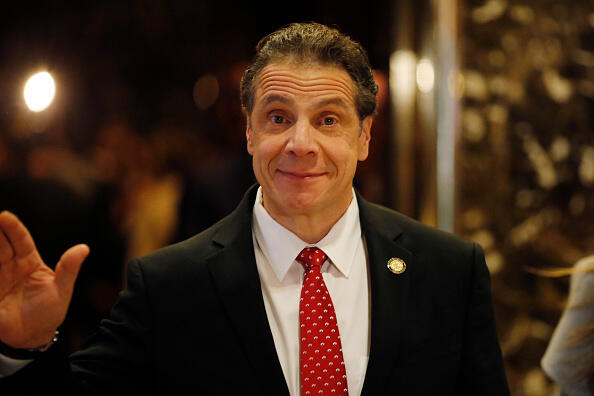 New Siena poll out this morning shows strong support for many of Gov. Cuomo's State of the State proposals, including a $2 billion clean water infrastructure fund, preference to American-made goods, ride-sharing, and extending the Millionaire's tax.

Here is the release from Siena College:

Loudonville, NY. Many of Governor Andrew Cuomo’s State of the State and Executive Budget proposals enjoy widespread support from New Yorkers. And while the State Senate and Assembly saw their favorability ratings rise to their best level ever, Cuomo’s ratings with voters are essentially unchanged since last month, according to a new Siena College poll of New York State registered voters released today.

New Yorkers think President Donald Trump, with a negative 37-55 percent favorability rating, down from negative 41-53 percent last month, will make America better through his infrastructure policies and his policies dealing with the relationship between the United States and Russia. On seven other issues, New Yorkers think he will make America worse, including large majorities when it comes to the environment and race relations.“

Cuomo’s agenda for 2017 is chock full of proposals – some new, some old – and many of them enjoy strong bipartisan support, while several others are supported by a majority of New Yorkers despite Republican opposition,” said Siena College pollster Steven Greenberg. “His four most popular proposals are creating a$2 billion clean water infrastructure fund, giving preference in state purchases to American-made goods, allowing ride sharing services like Uber and Lyft to operate across the state, and extending the millionaire’s tax, which even has the support of 61 percent of Republicans.

Cuomo has a 56-37 percent favorability rating, from 56-36 percent in December. His job performance rating is a negative 45-53 percent, little changed from negative 44-54 percent last month. Currently, 47 percent are prepared to re-elect Cuomo in 2018, while 44 percent would prefer ‘someone else,’ unchanged from December.

“While voters like his proposals and he traveled the state promoting them, it did not help boost Cuomo’s ratings, which continue a two-year trend of little fluctuation. Since March 2015, Cuomo’s favorability rating has beenbetween 49 and 57 percent every month and his positive job performance rating has been between 39 and 45 percent,” Greenberg said. “By 50-42 percent, voters say Cuomo should not be a leader in the opposition to Trump. Only a majority of Democrats, black and young voters think he should be a leader in the opposition.

“Perhaps it’s a result of coming off an election season where legislators were successful in promoting themselves and their accomplishments. Perhaps it’s because no legislator has been indicted or convicted with a new scandal in the last few months. Whatever the cause, the result is the Assembly has a plus 10 favorability rating and the Senate has a plus 13 favorability rating – the best ever for each house,” Greenberg said.

NYers: Trump Will Improve America on Infrastructure & US-Russia Relations; Worsen America on Other Issues; Most Negative on Environment & Race Relations“