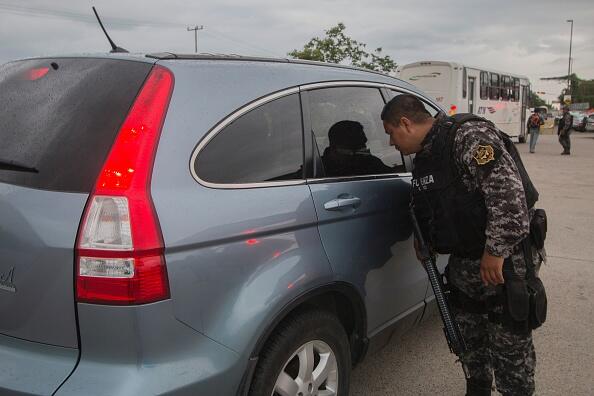 After the Associated Press reported Friday morning that they obtained a draft memo from the White House that proposed mobilizing as many as 100,000 national guard troops to roundup illegal immigrants, White House Press Secretary Sean Spicer said:

“There is no effort at all to round up, to utilize the National Guard to round up illegal immigrants.”

“I wish you guys had asked before you tweeted," he added. An AP reporter says they asked multiple times before publication.

“I don’t know what could potentially be out there, but I know that there is no effort to do what is potentially suggested.”

"It is not a White House document."

Here's the report from the AP:

A draft memo obtained by The Associated Press outlines a Trump administration proposal under consideration to mobilize as many as 100,000 National Guard troops to round up unauthorized immigrants. Millions of those who would be affected in 11 states live nowhere near the Mexico border.

The 11-page document calls for the unprecedented militarization of immigration enforcement as far north as Portland, Oregon, and as far east as New Orleans, Louisiana. If the proposal is implemented, governors in the affected states would have final approval on whether troops under their control participate.