RUSH: Yes, yes, yes. Here we are, my friends. Rush Limbaugh and EIB Network. It's Open Line Friday. That means you get to talk about whatever you want to talk about, and I wonder what that is. We've got play by play of the news straight ahead, as we continue here to have more fun than a human being should be allowed to have. 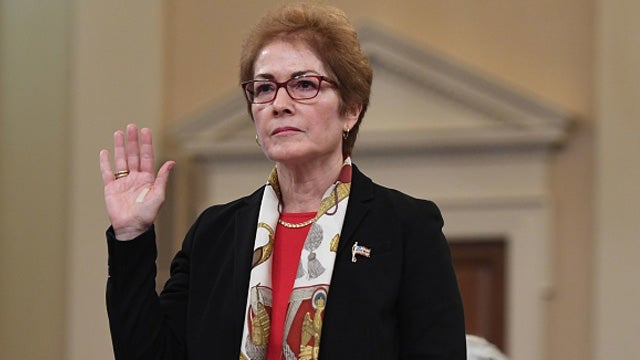 Just to show you how off his game Schiff is, the minute that Trump tweet hit, Schiff should have stopped everything. He should have called armed guards. He should have called in the Capitol Police to surround Marie Yovanovitch and escort her out of the hearing because her very life was now in danger. Oh, can you imagine if he had done that? But it didn't occur to Schiff to do that because there isn't really witness intimidation going on here.

I'm jumping the gun. Some of you may not know what this is about. Hang on, I'll go back in time here a few seconds and fill you in. I'm watching this unfold. The media is in turbocharge spin cycle trying to prop up a disgruntled and unhappy debutante – uh, uh, bureaucrat. They have gone orgasmic over Marie Yovanovitch on CNN. They are saying that this is worse than Nixon. They are saying that it is worse than Clinton because those were domestic issues, and this is national security.

They have jumped the shark today, folks. Their ratings were a bomb on Wednesday. The ratings were less than they were for Comey's testimony before Congress. They were lower than Mueller's testimony when he showed up for his hearing. The media is filled with polling data from Gallup. They are so distressed. There's nothing that's happened that's going to move Trump supporters away from him. That's what this has always been about from day one, I'm talking three years ago, has been an effort to drive a wedge between Trump and his supporters.

And they are now wringing their hands together and lamenting "that nothing has happened so far that’s gonna make that happen. Oh, it's just so disappointing.” And then the TV ratings, folks, let me tell you something. I have seen a breakdown of the ratings by network. That 13 million is total with ABC, CBS, NBC, and then the cable networks thrown in. ABC and NBC, a little over 1 million viewers. They broomed soap operas for this.

The American people have shown no interest in this at all, especially using comparative events and the ratings for prior events that were supposedly not anywhere near serious as this. "Why, this is impeachment. This is a potential removing of a president from his office." And it just isn't playing out the way they want. 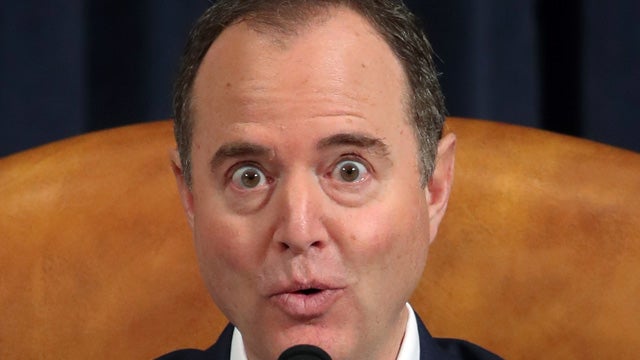 And the impact this is having on the Democrat presidential candidates -- you know what? I need to tell you something else. If you have been watching -- and I'm going to include even Fox in this -- if you've been watching Fox and their roundtable discussions today or anything else, I just want to tell you that what you're going to hear on this program is nothing like what you've been hearing there. It is stunning the difference in my take of what has happened today versus everybody, it seems, everybody in media.

And my point in telling you this is not to be critical of them. I'm just trying to tell you that what you're going to hear in terms of my analysis of this is not going to overlap much with what you are hearing throughout all of television and cable news media.

Let's just say the elevator doesn't go all the way to the top floor and it hasn't gone all the way to the top floor in a long time. Can you say an order of fries short of a happy meal? Can you say a hanger on? Can you say anybody that would do anything to make it look like he was in an inner circle? He's found guilty on seven charges, and they are all process crimes. These crimes occurred during the investigation. Lying to Congress. Lying to investigators. Lying to the tree stump. Lying to the CNN cameras outside his House.

They are all process crimes. I'm not saying he didn't do it, but the things he's guilty of here would not have even been charged had there not been an investigation. He was not a key figure in anything having to do with the Trump campaign, Trump electoral strategy, literally nothing to do with anything. He had less to do than even people who were not employed in the Trump campaign. 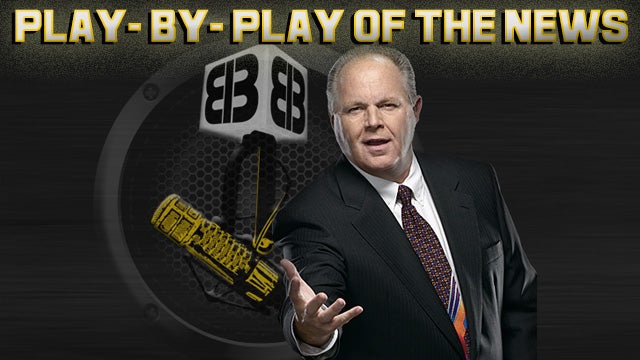 But the media gets to link his name to Trump. "Roger Stone, major Trump aide, guilty, all seven charges." That is the extent of the headline. They don't care. "Trump associate, stone, guilty, seven counts." That's it. That's the strength of the effort here, and this comes after Trump supposedly intimidated the witness, Marie Yovanovitch, by tweeting about her while she was testifying.

She is not a witness to anything. She was removed as ambassador in May. That's months before Trump called Zelensky in July. That is months before Gordon Sondland supposedly told a Zelensky aide that Ukraine had to announce an investigation into Burisma to get aide. She's not even a hearsay witness.

She is there -- and I'm not making this up -- she is there because she broke down and cried in her deposition, and it was said that that was very powerful. So they bring her out to testify today. Her entire complaint, Marie Yovanovitch, her entire complaint is that Trump was not going through regular channels in conducting foreign policy. Meaning, he was not using her, and he was not using the State Department channels that she wanted, preferred, and had worked for.

The reason we have a guy going outside the regular channels is that there is a three-year and counting organized effort to get rid of him. I think Trump should be reelected for getting rid of people like Yovanovitch. For getting rid of people like he's gotten rid of. These were people that were clogging up American foreign policy because they were Obama holdovers, and they were specifically attempting to undermine Trump foreign policy, which they are continuing to do today.

It has been said today and numerous times that a president can choose anybody to be ambassador, and he can dismiss anybody he wants at any time, that all of these diplomats serve at the pleasure of the president. This is absolutely true. This is being poo pooed today. Critics of Trump are saying that is a very flimsy excuse for Trump doing what he did. No, it's not.

Trump has been undermined and sabotaged from inside the Oval Office, the whistleblower, illegally leaking lies to the Washington post, New York Times. Illegally leaking transcripts of Trump's phone calls. Trump knows he can't trust any of these people. So he's finding ways to do end-runs around them. We have Obama holdovers that are now being characterized as the greatest diplomats in the history of the country, and they are only interested in serving their country, blah, blah, blah, blah.

They are participating in a coup. There is a mutiny. It is ongoing. These hearings are part of it. There are massive abuses of power here that are not engaged in by Donald Trump. Whether you want to call it that or not. We have Adam Schiff running a disguised series of campaign ads. This isn't even an impeachment inquiry. Pelosi’s admitted it. They haven't voted on it yet. This is nothing more than part of the 2020 campaign.

The SEC needs to examine what is happening here because this is nothing more than a series of political ads that are being run under the guise of an impeachment hearing. So when Trump responds to it, as he did today with a tweet, I totally understand it. He's been denied due process. They have not let him be present in any of these closed-door meetings or his representatives. They have not let his legal team get anywhere near this.

Trump is being told he has to stand aside and shut up while they mount case after case of bogus lies after bogus lies. He's just got to sit there and do it because that's what protocol dictates. Trump says, you know what? I don't play it that way. I'm not going to sit by while you run a seek-and-destroy campaign on me. He never has sat idly by and let it happen.

My support for Donald Trump has never been greater than it is right now. It is paramountly obvious watching this. These people have to go. They are undermining the American people by attempting to undermine the man they elected as president. They are running continued efforts of sabotage, insubordination. It all adds up to a coup. We're learning that they are ill-suited for their jobs, and that's to put it in the mildest possible way. 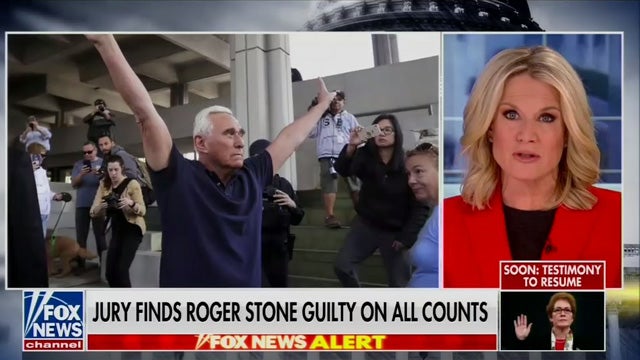 You want to Make America Great Again? You want to get people who believe in American greatness rather than American globalism? By the way, since when did Ukraine become the center of the universe? Is anybody asking this question? What is it about Ukraine? When did this place become the center of the universe? I'll tell you why it is for Trump. It's because it was Ukraine that the Democrats were working with to attempt to undermine his campaign, and it is that that he's trying to get to the bottom of.

In his phone calls with Zelensky, the new president of Ukraine, talking about CrowdStrike, Trump is clearly trying to get to the bottom of the effort to overturn the 2016 presidential elections. To do that, he's got to get rid and dismiss people who are running interference and trying to protect the people who were part of that effort. Yovanovitch is one of them.

But there hasn't yet even been an impeachable event presented at these hearings. There hasn't been an impeachable offense. As you will hear when we get to the audio sound bites, most of what Marie Yovanovitch has been asked, "How did you feel when -- how did you feel -- and how did that make you feel? Well, how did that make you feel? And what did you think when you felt that way?” Really? “And when you felt that way, what were your feelings about it?”

That's basically what she's being asked. And that's how she's answering. And, of course, in today's touchie-feelie liberal world of political correctness, "I felt like our values were somehow not being upheld." The magic liberal word. Obama uses it all the time. "These were not our values." What are your values? Uber-liberalism are your values. It's what we're arguing against, what we're fighting, that’s what we're trying to defeat.

I know a lot of people don't understand what's happening here. I know a lot of people watching cable news are watching analysis of this from people who are in Washington and cannot help but be seduced by it. But watching this from outside, with as much objectivity and clarity as possible, it's not complicated at all what's going on here. Anyway, got to take a break. I'll share with you how Trump intimidated the witness with a tweet right in the middle of her testimony, in just a moment when we get back. Oh, it's fearful! It’s scary! It's frightful!