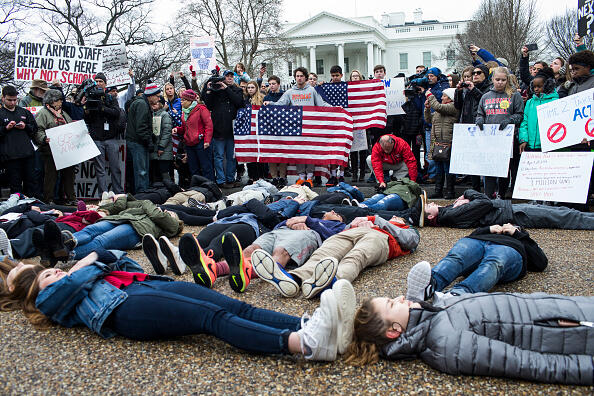 A group organized by DC teens held a protest at the White House Monday; calling for gun reform. Members of the Teens for Gun Reform laid down outside the White House for three minutes.

The time symbolizes how long they say it took for the recent Florida mass school shooting suspect to buy the AR-15-style rifle used to kill 17.  Organizers say they are calling on President Trump and leaders from both parties to act to end these tragic mass shootings.

Survivors from the Florida high school shooting are heading to their capital to make their voices heard. Up to 100 students from Marjory Stoneman Douglas in Parkland are boarding buses Tuesday and traveling 400 miles to Tallahassee.  The students say they're going to demand gun law reform from their state lawmakers.  The students are still dealing with the death of 17 people who were murdered at their school on Valentine's Day.  Some Republican lawmakers in the GOP-controlled legislature said yesterday they'll consider a sweeping package of gun-control measures.

Do you think these protests will help make our schools safer? Chuck and Kelly took your calls Tuesday morning. Listen below.